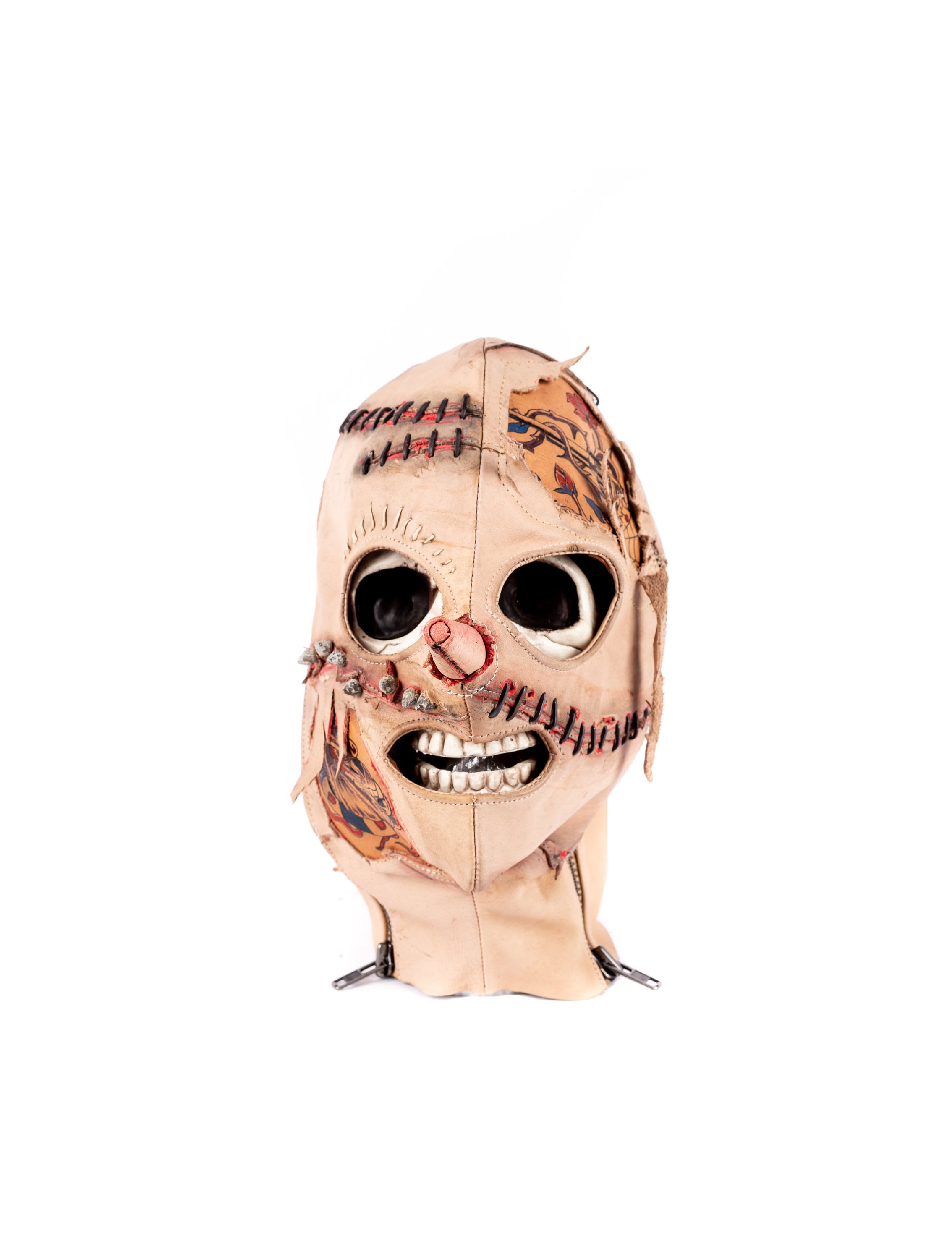 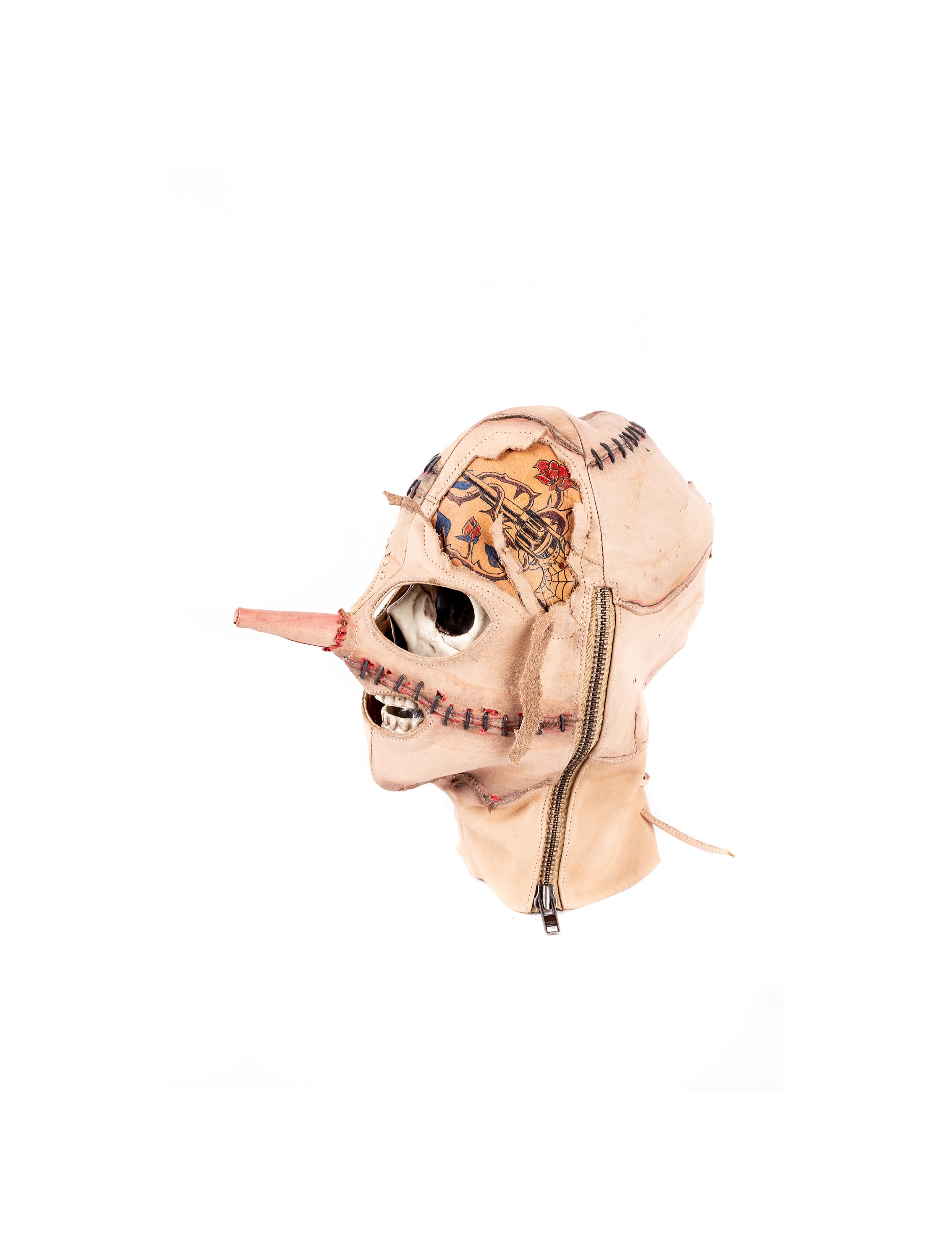 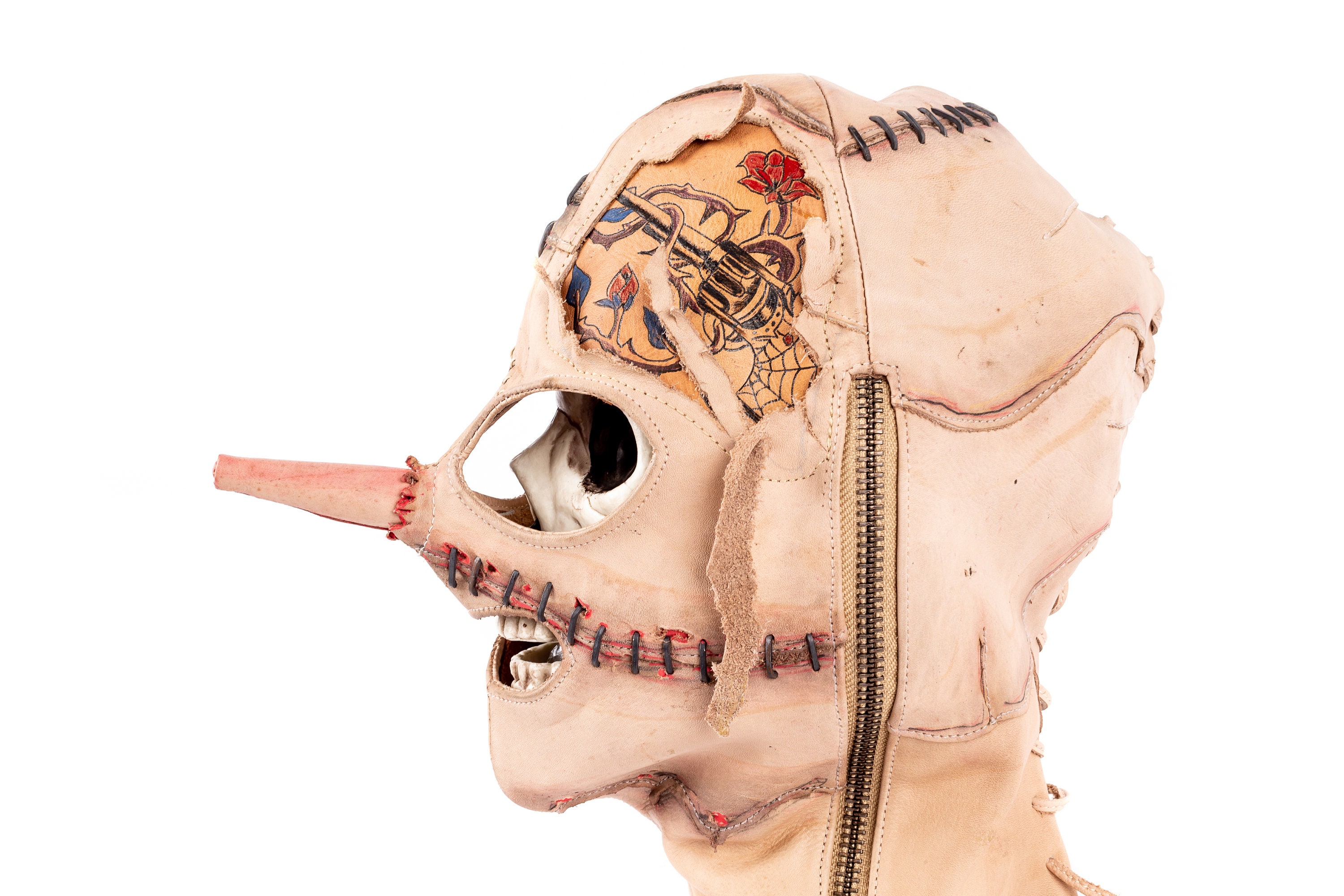 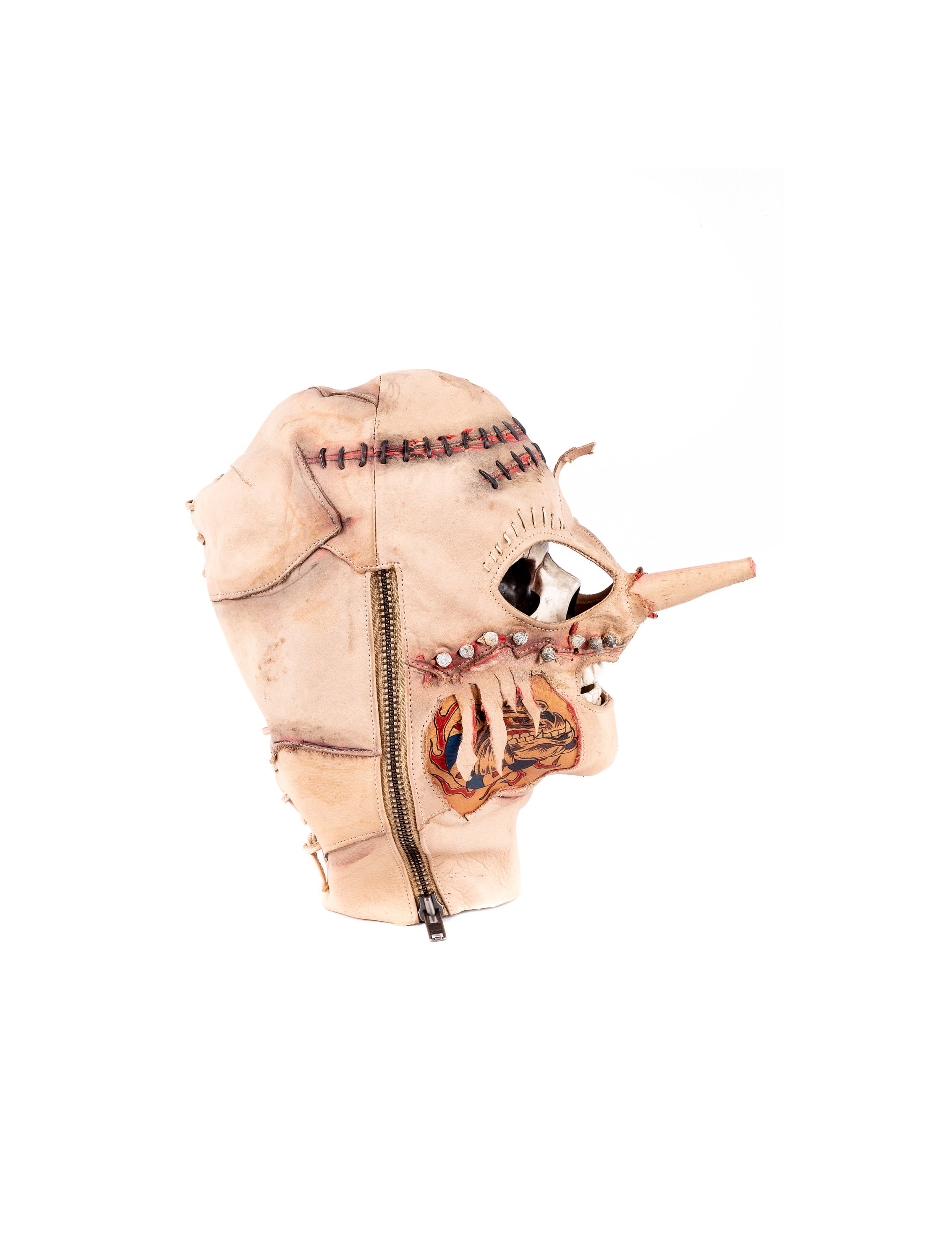 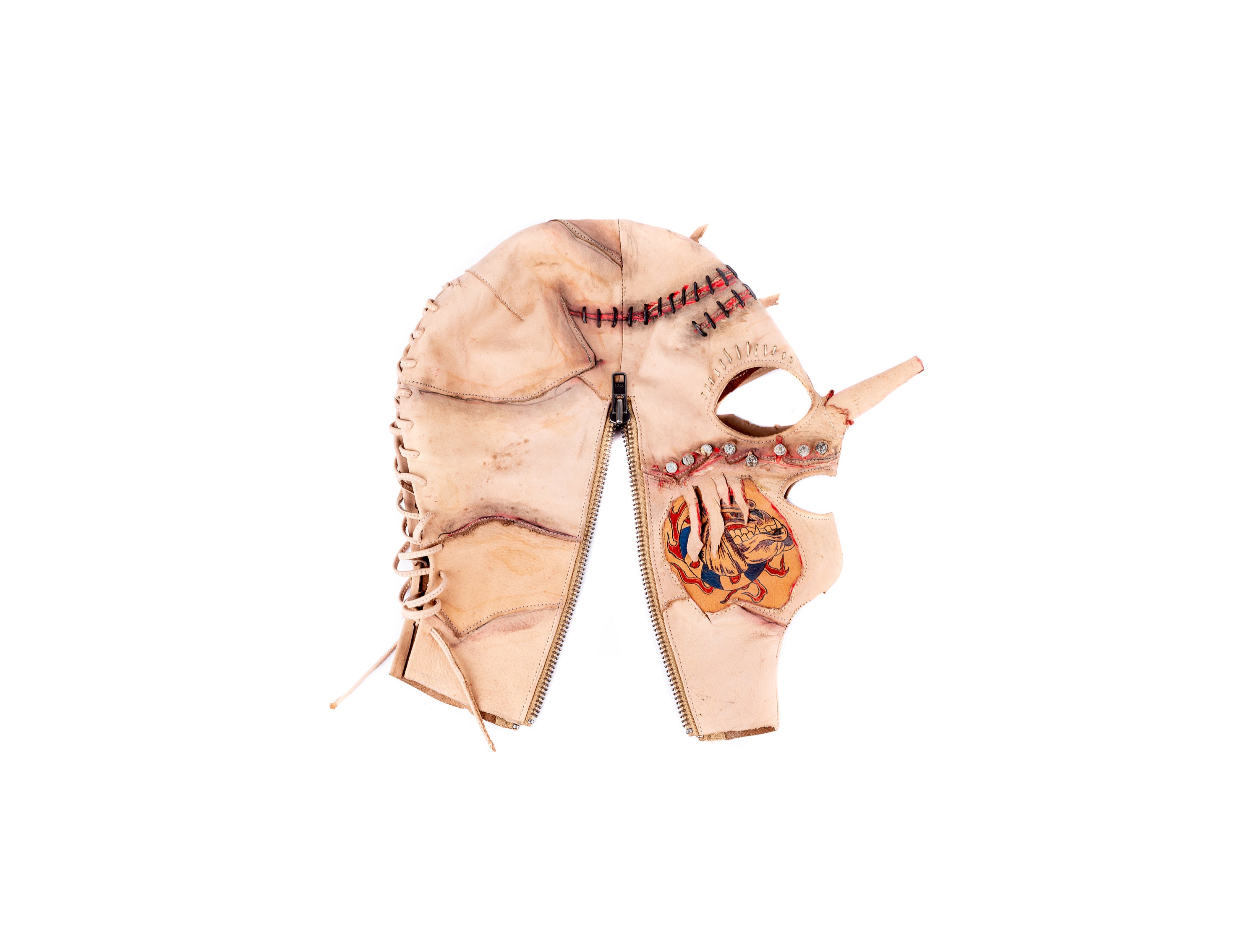 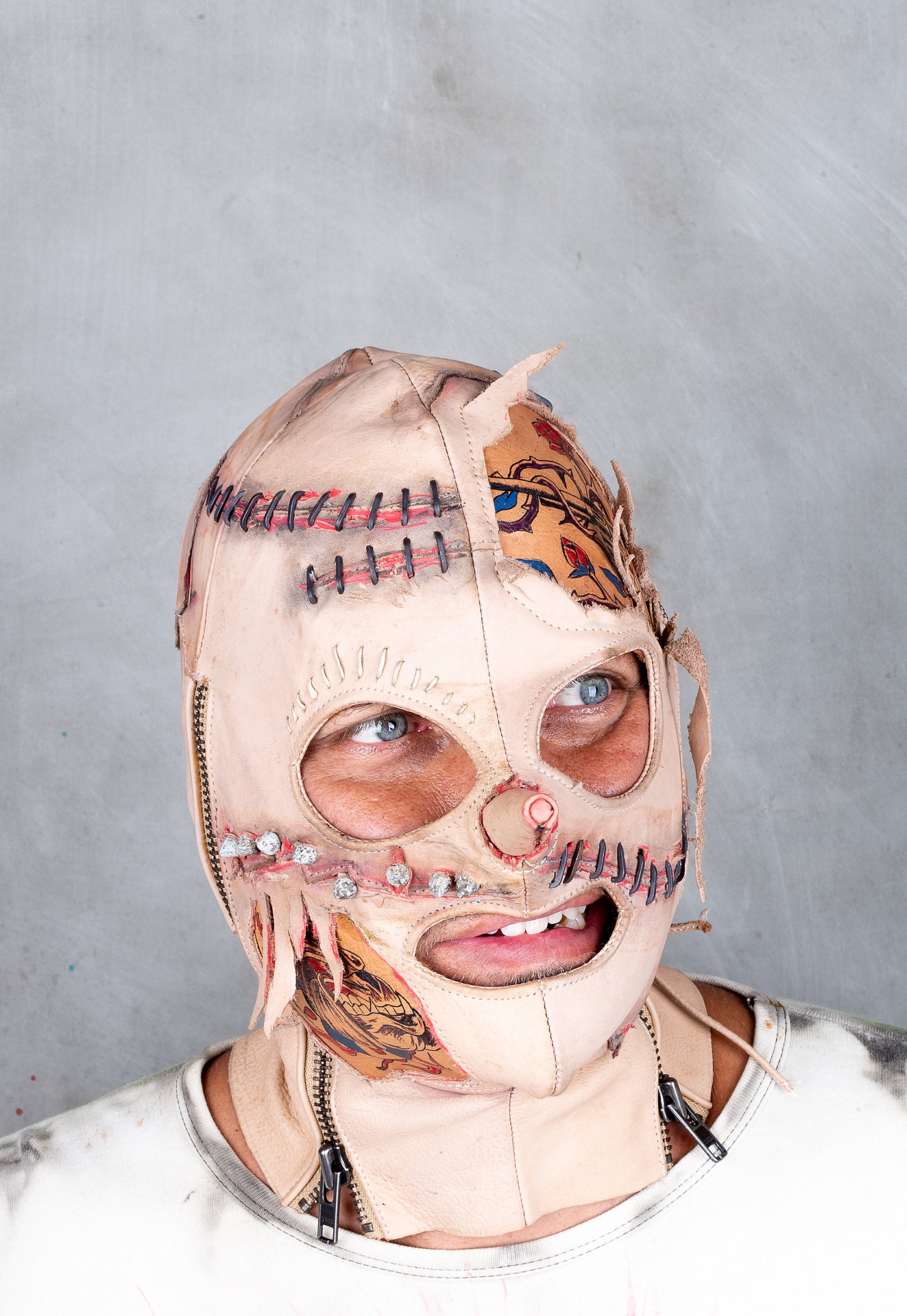 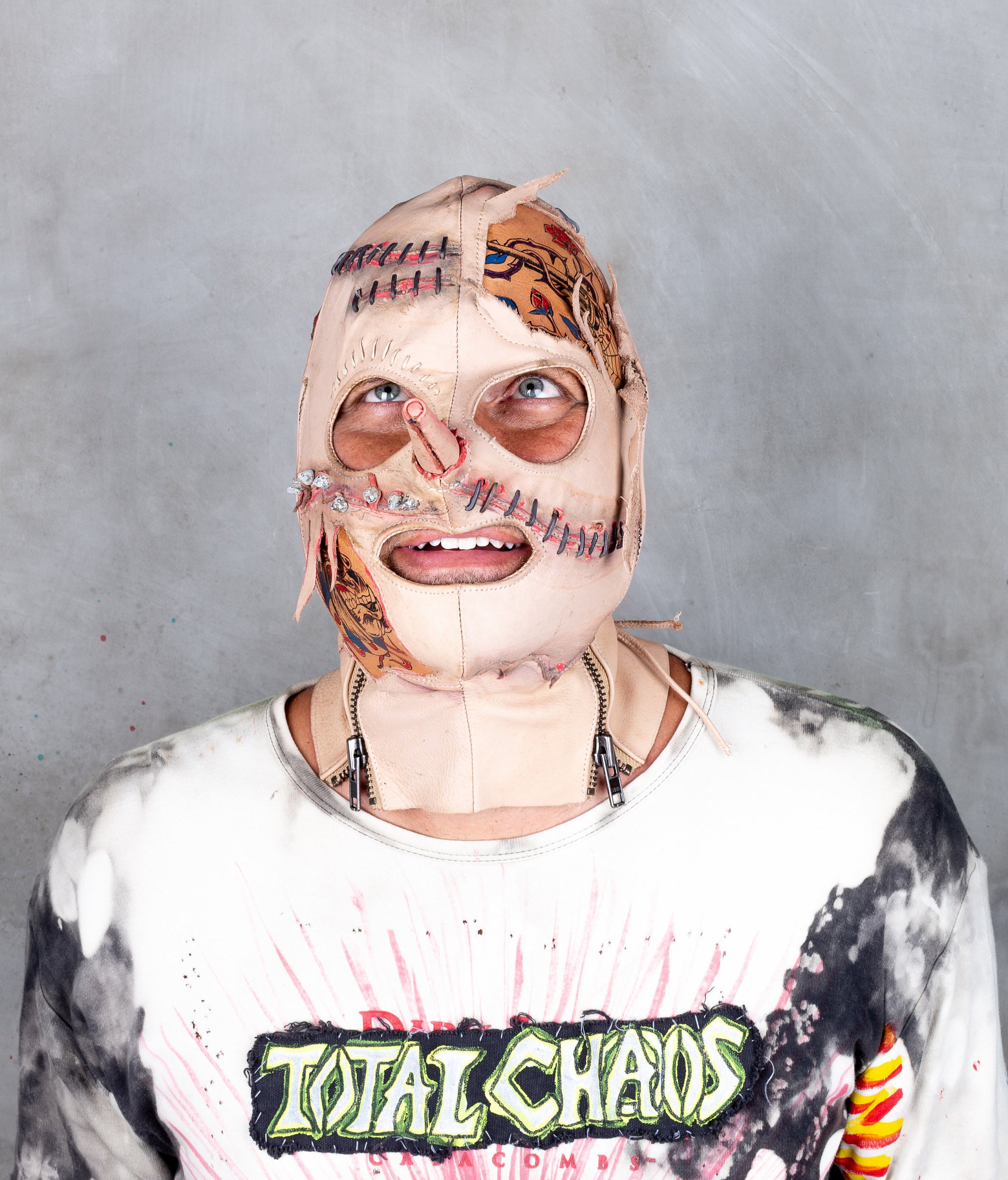 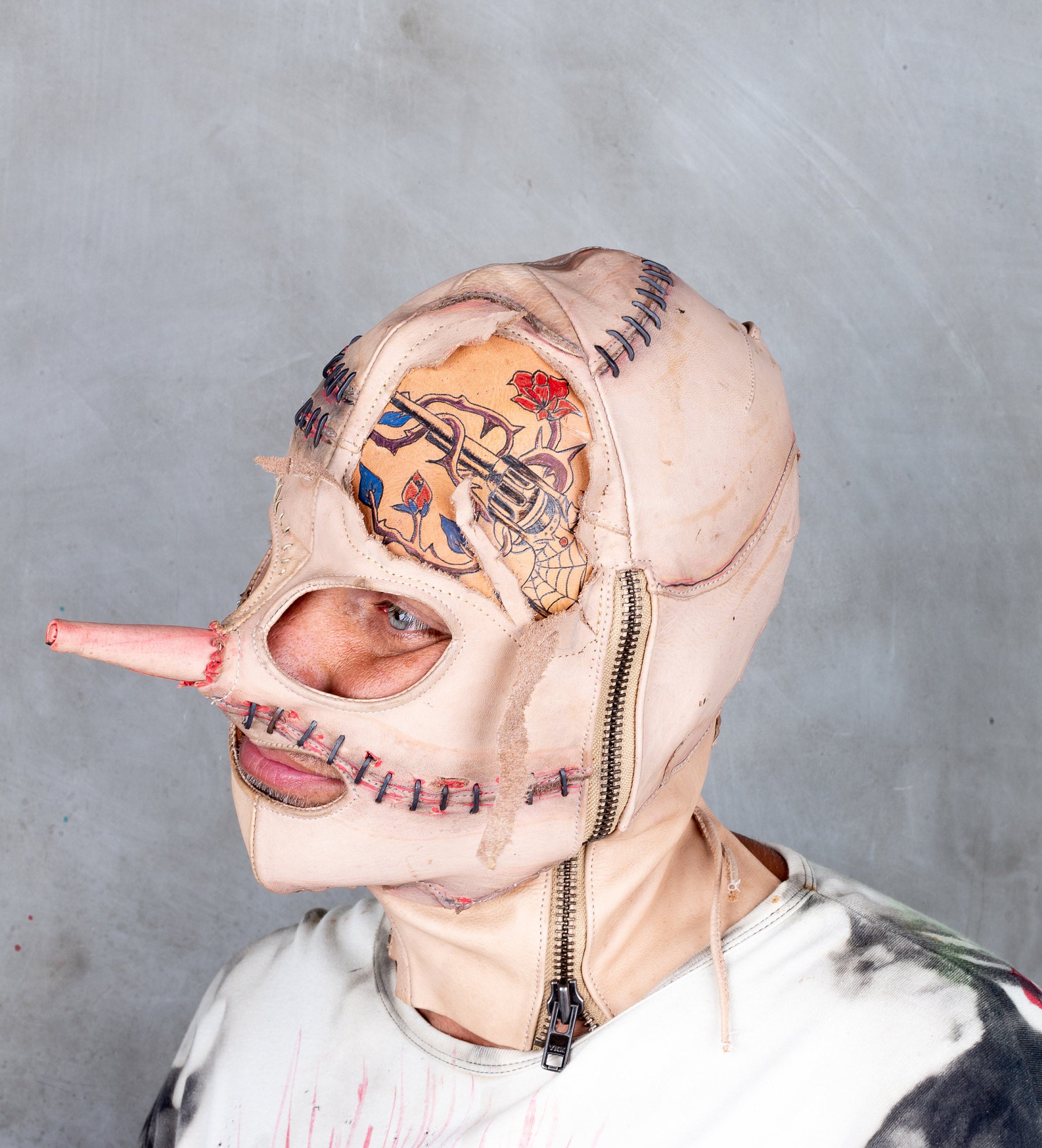 Liar Liar pants on fire. In fact, such a bad liar, the pants of the person were so 'lit', the fire spread to the rest of the body. The lies were so bad and so common, that despite being told repeatedly not to lie, a wiener dog wiener nose grew and grew and grew outta nowhere. Kinda like a halloween version of the story of Pinocchio. Complete with scorched distressed veg tan leather, painted wounds, battered studs and staples, and even hand tattooed leather with a tattoo gun bloodhound gang dog on the cheek. And not to forget the flower wrapped spiderweb gun on the head, and last but not least, a hand made painted leather nose.


Adjustable with leather lacing on the back. The two side zippers allow for the mask to be opened and closed.

Fits up to a size XL mens head, model is an XL