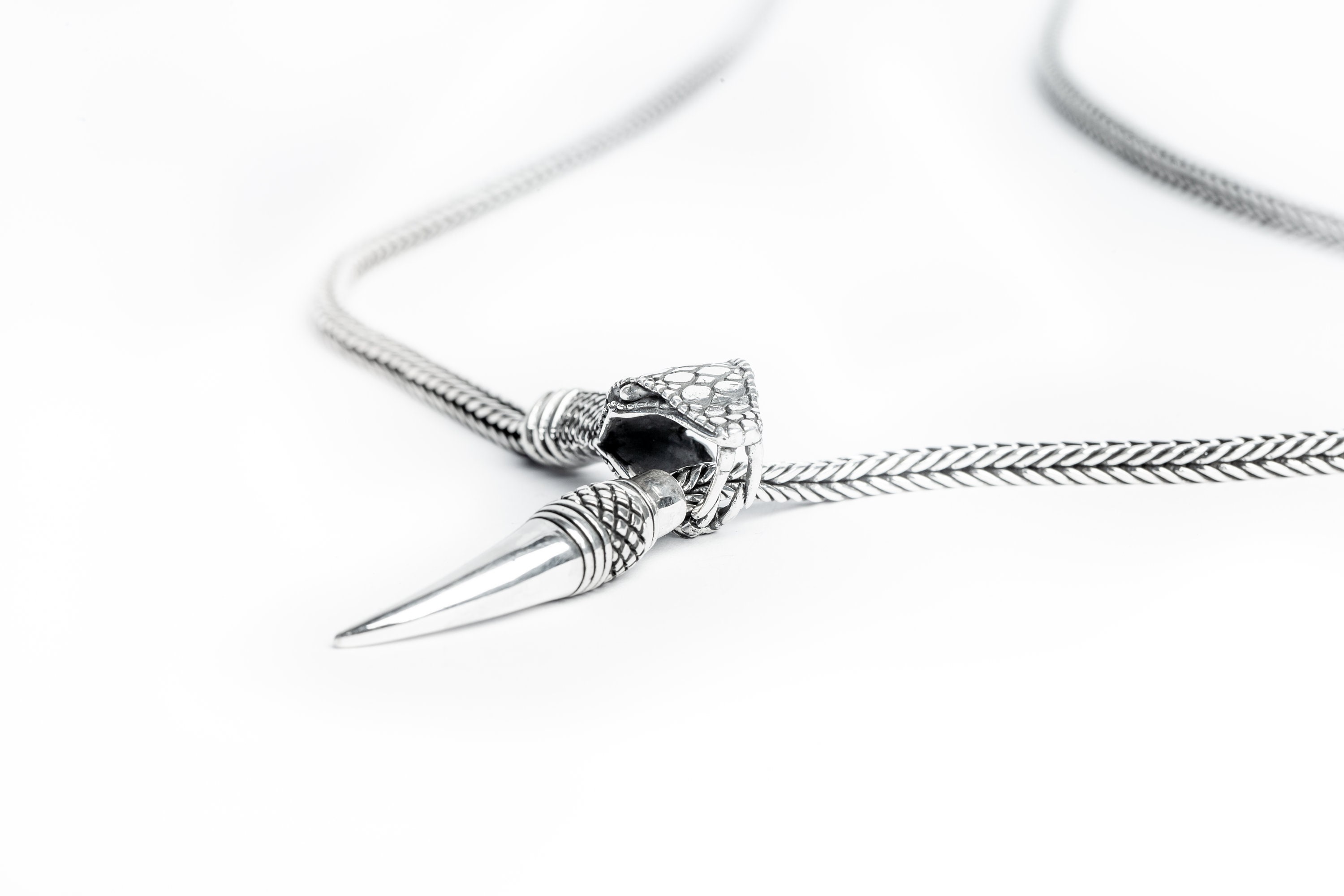 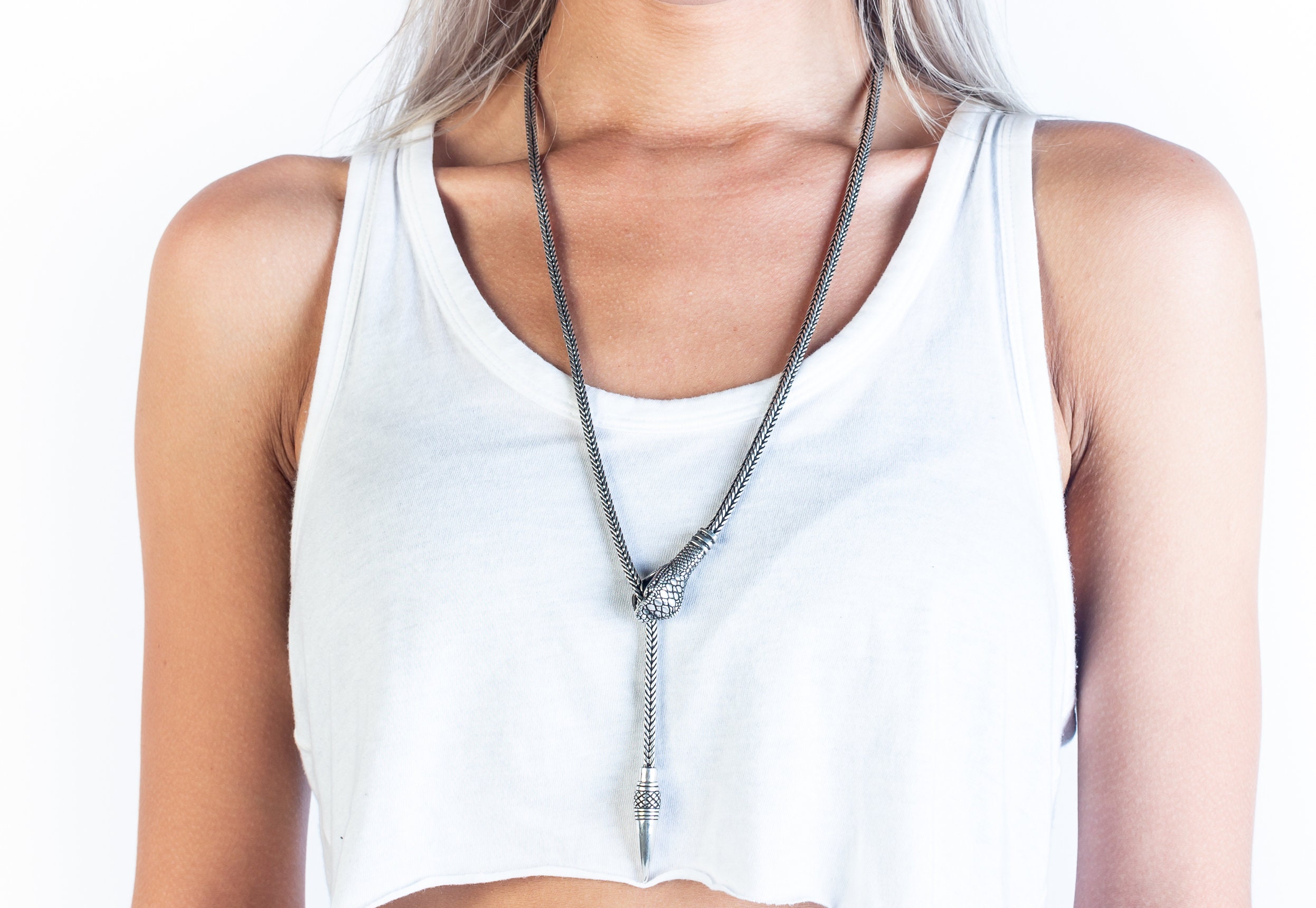 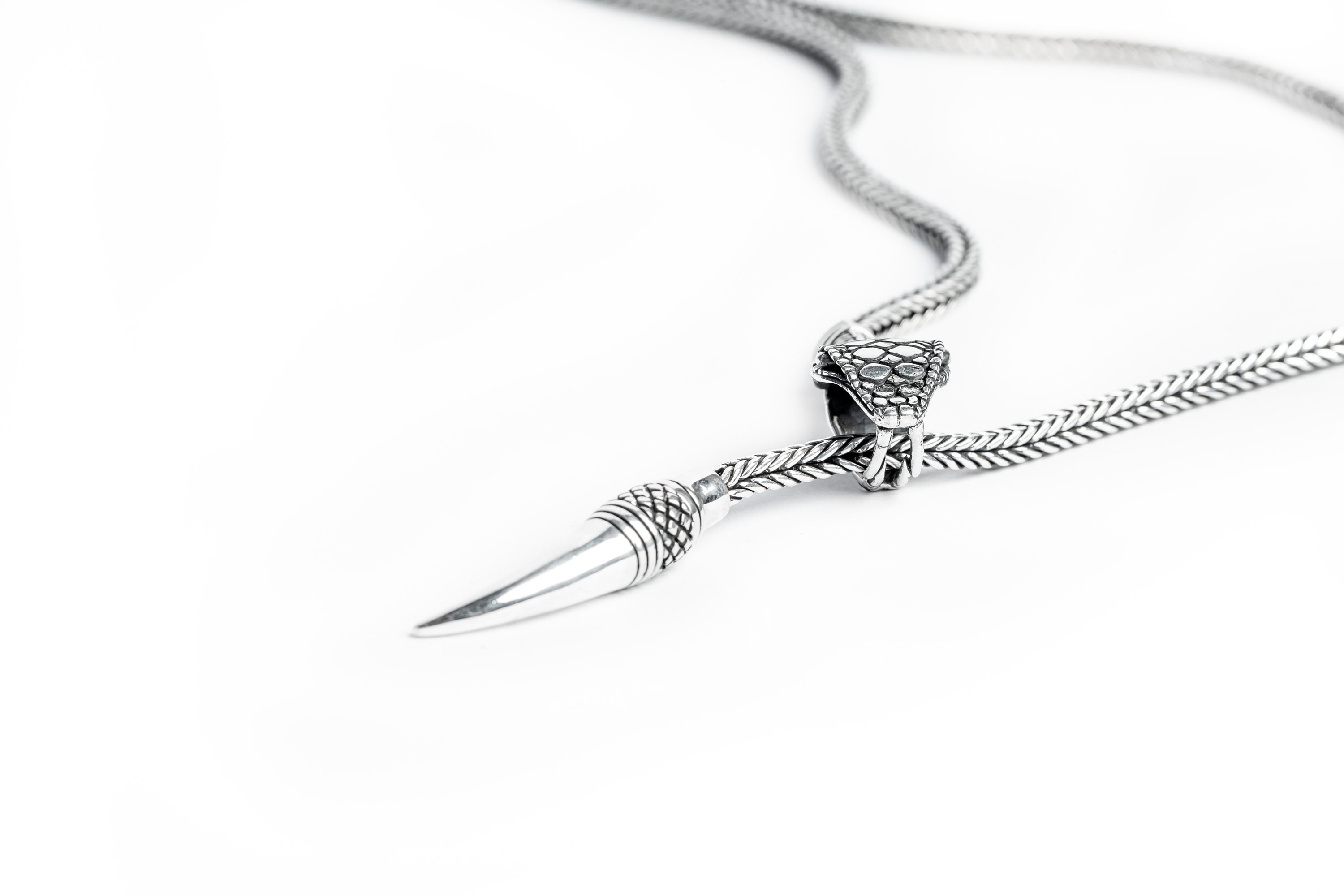 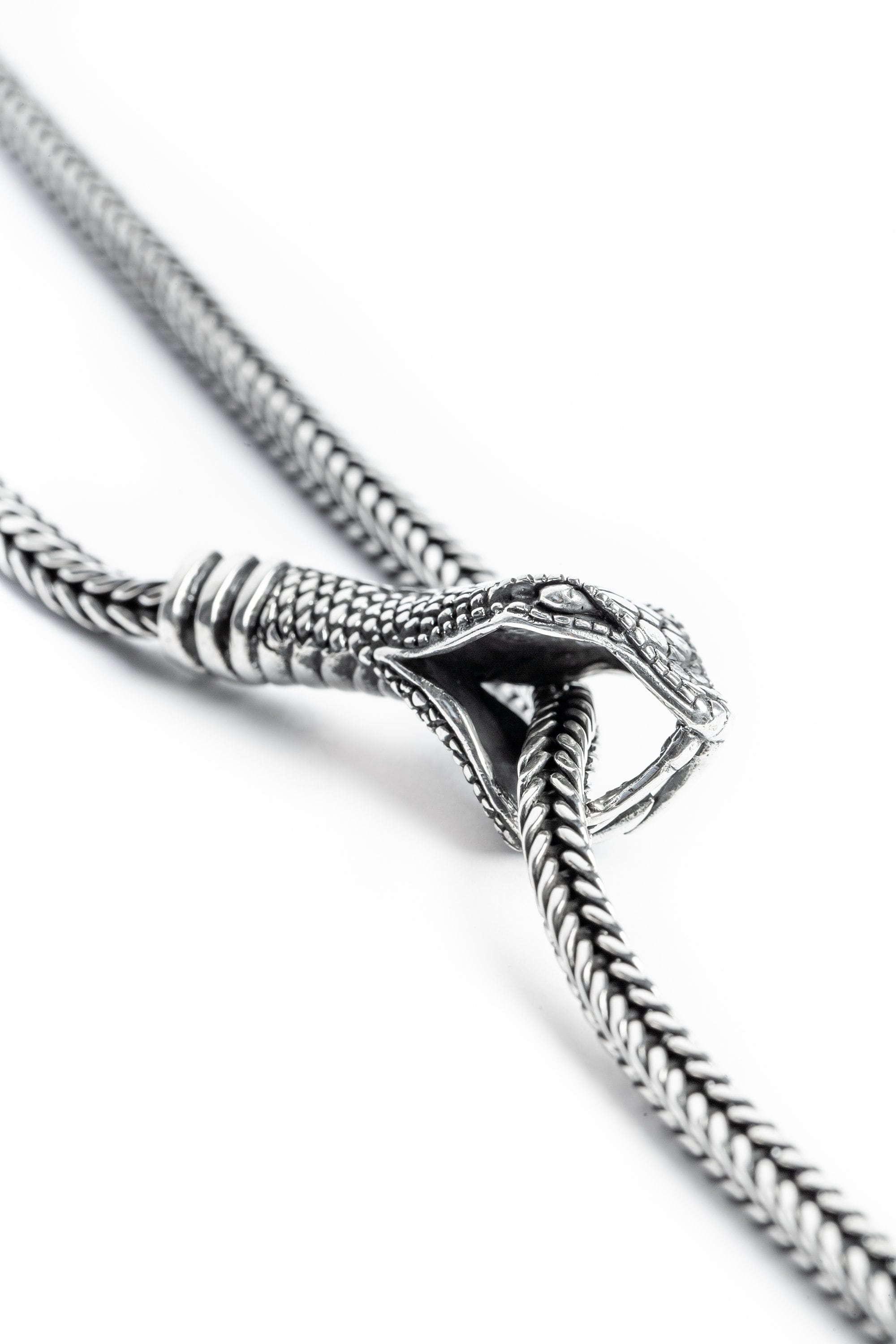 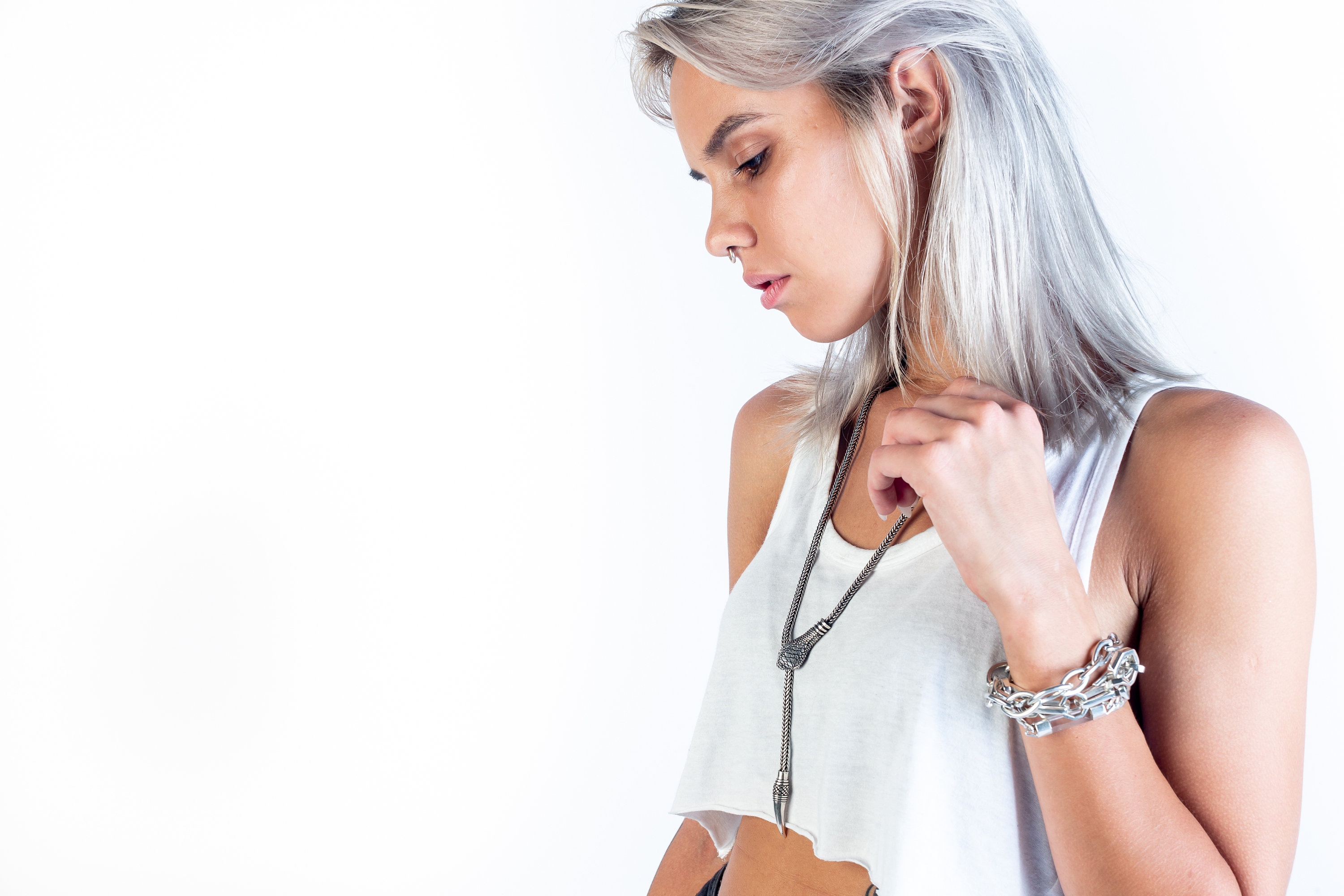 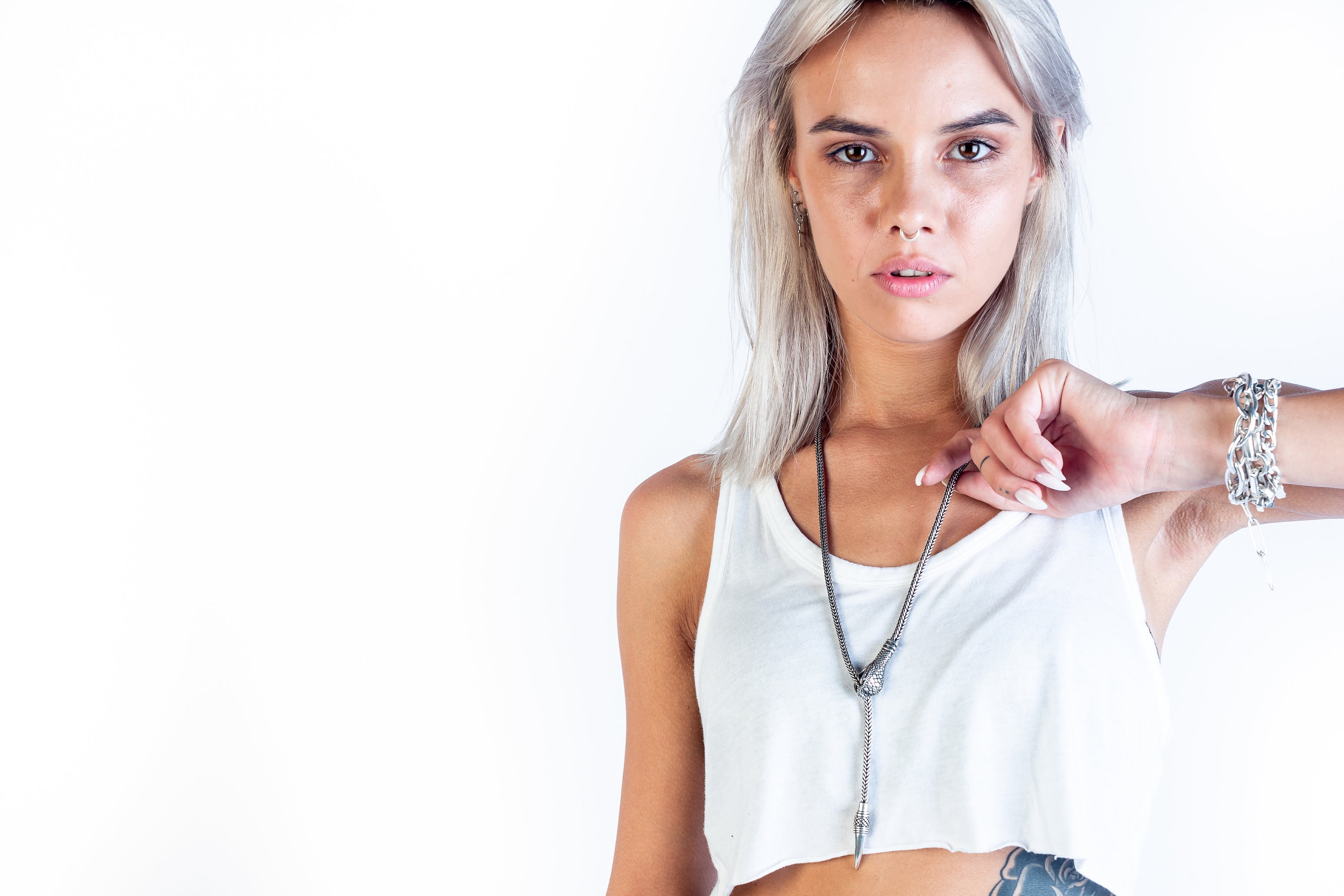 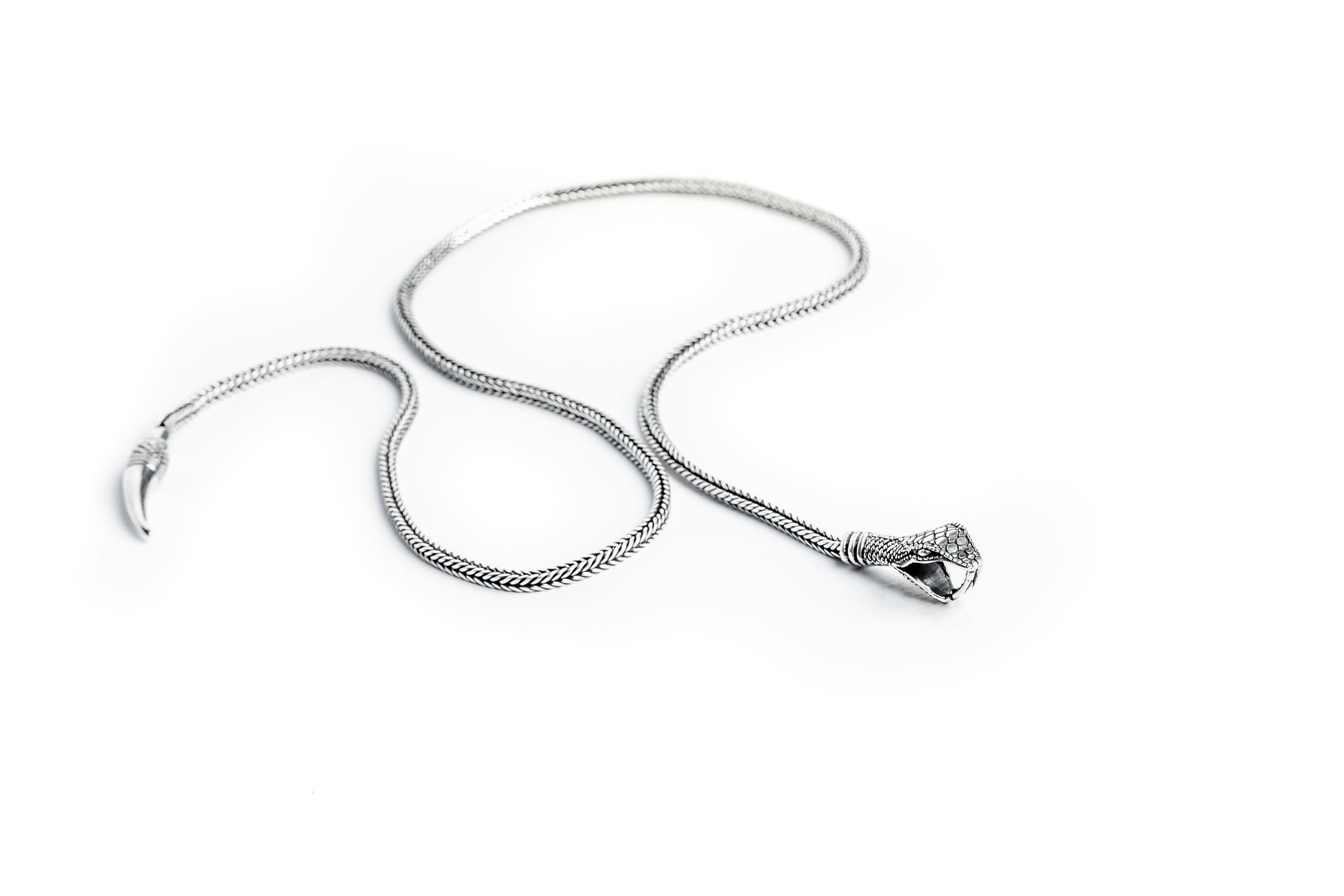 This solid silver version of our iconic Ouroboros lariat is updated for 2020 with a sleeker profile - still measuring in at 31" in length, this version has a thinner more flexible chain measuring just under 1/4 of an inch in diameter.


I did a search for 'snake eating its own tail', and this is what I found:
The Ouroboros is an ancient symbol depicting a serpent or dragon eating its own tail. The name originates from within Greek language; (oura) meaning "tail" and (boros) meaning "eating", thus "he who eats the tail".

The Ouroboros represents the perpetual cyclic renewal of life and infinity, the concept of eternity and the eternal return, and represents the cycle of life, death and rebirth, leading to immortality, as in the Phoenix.

Societies from throughout history have shaped the Ouroboros to fit their own beliefs and purposes. The image has been seen in ancient Egypt, Japan, India, utilized in Greek alchemic texts, European woodcuts, Native American Indian tribes, and by the Aztecs. It has, at times, been directly associated to such varying symbols as the Roman god Janus, the Chinese Ying Yang, and the Biblical serpent in the Garden of Eden.