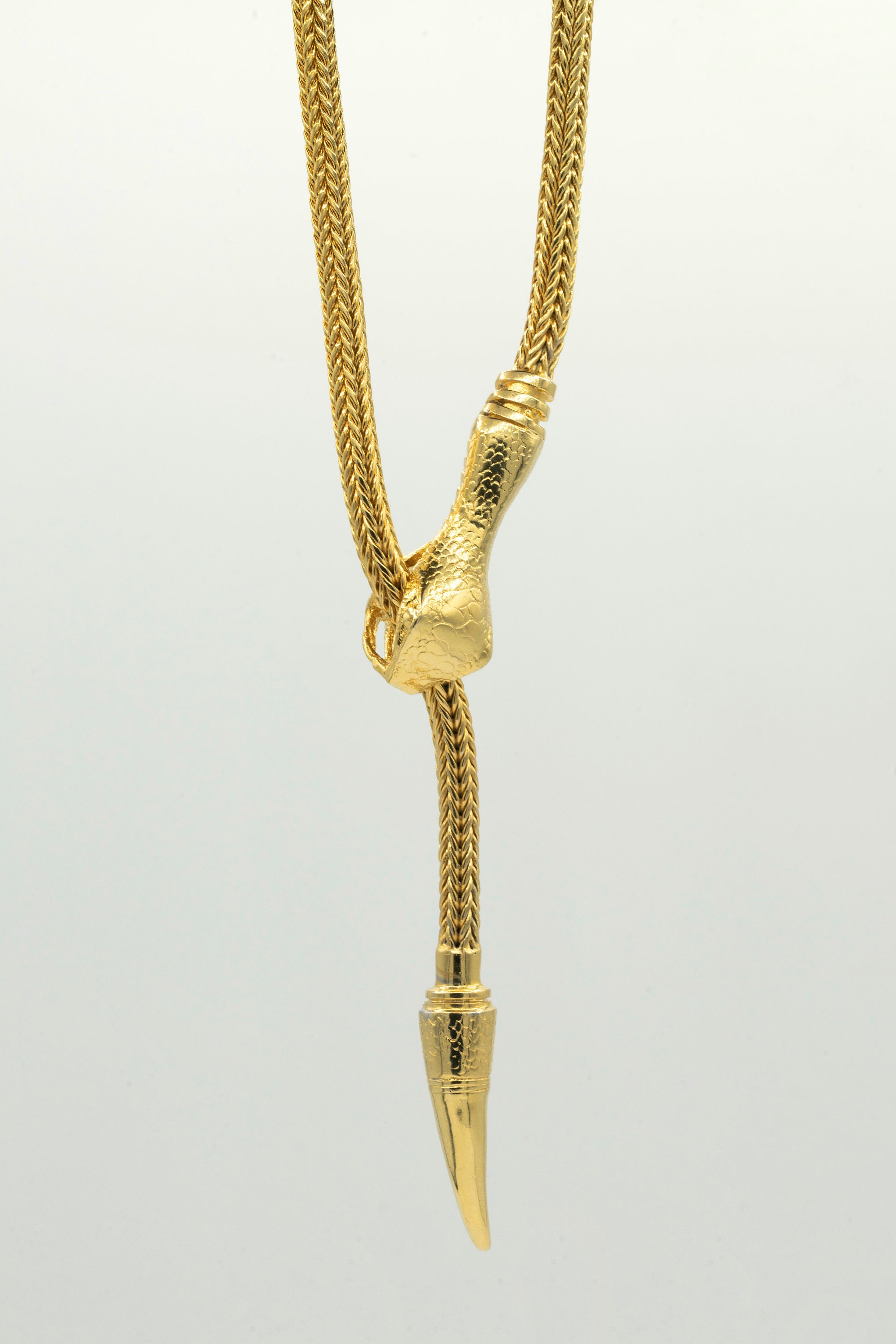 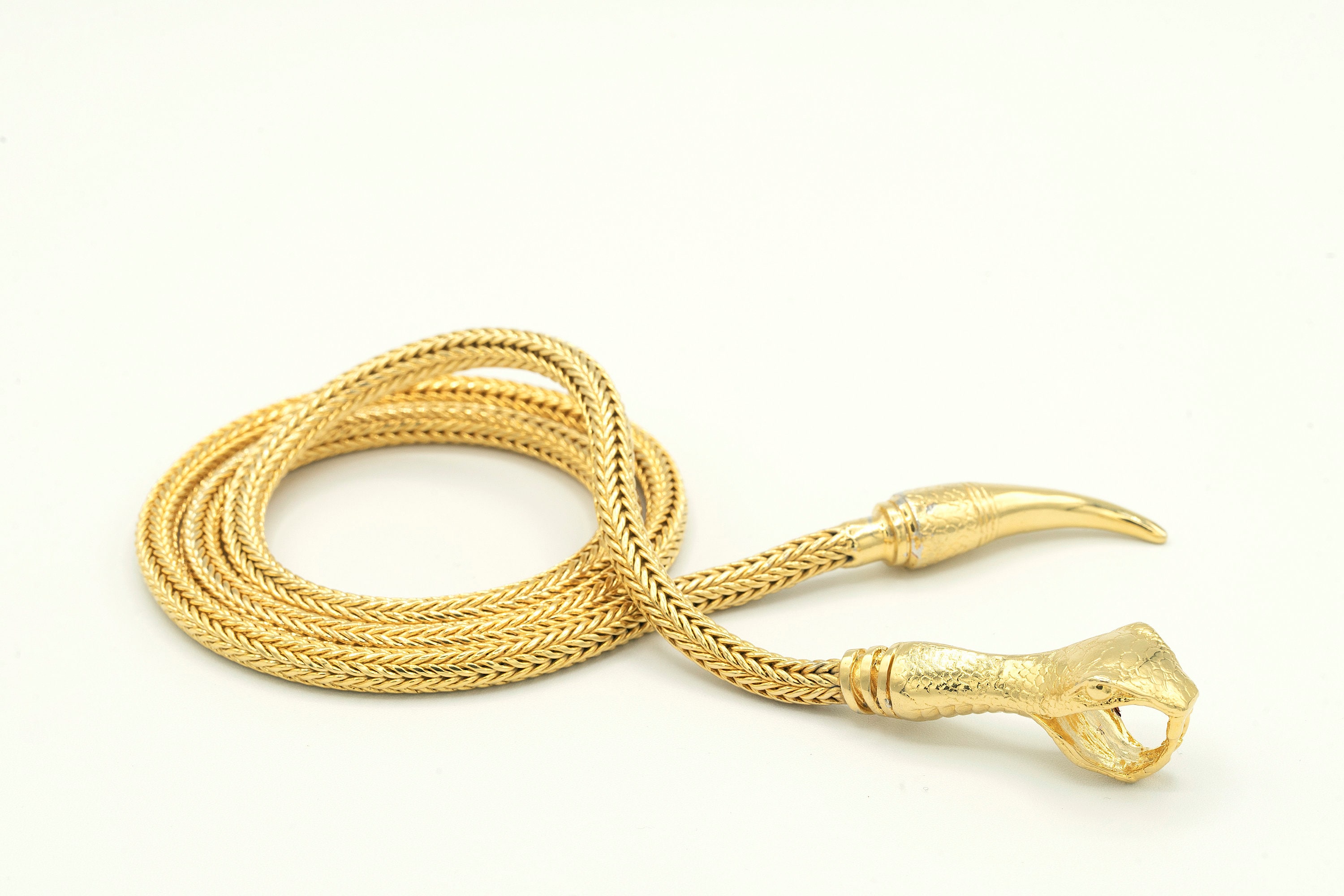 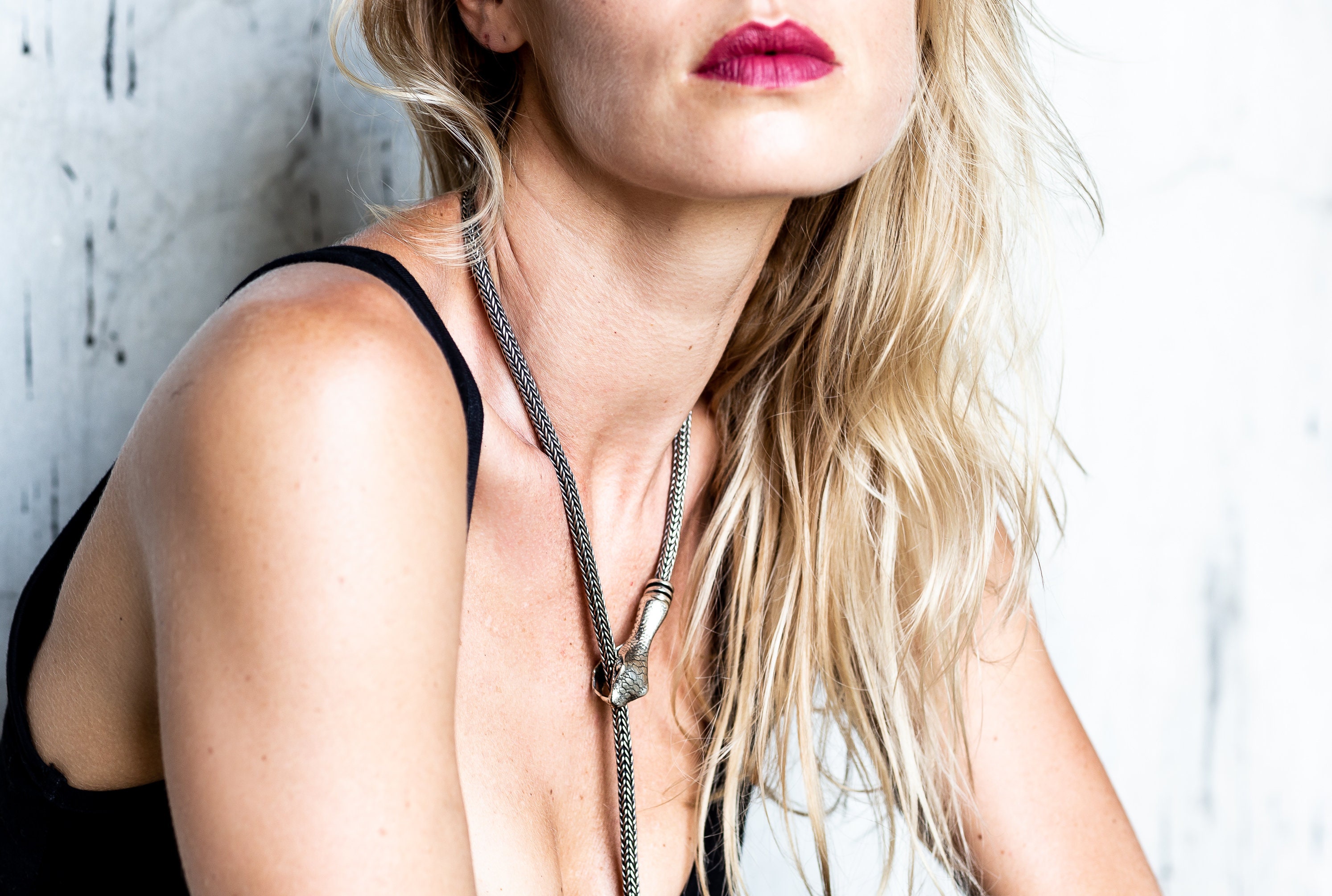 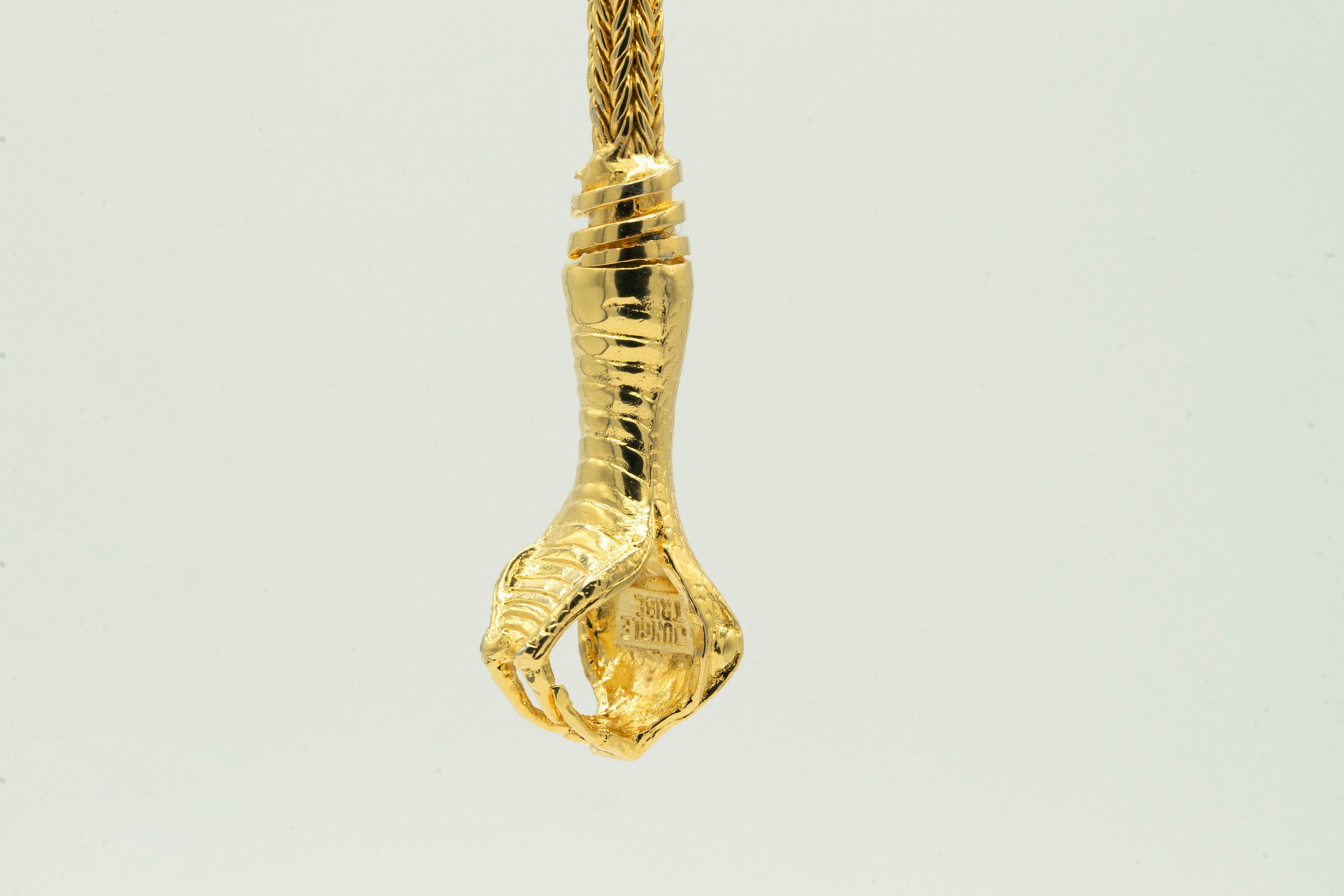 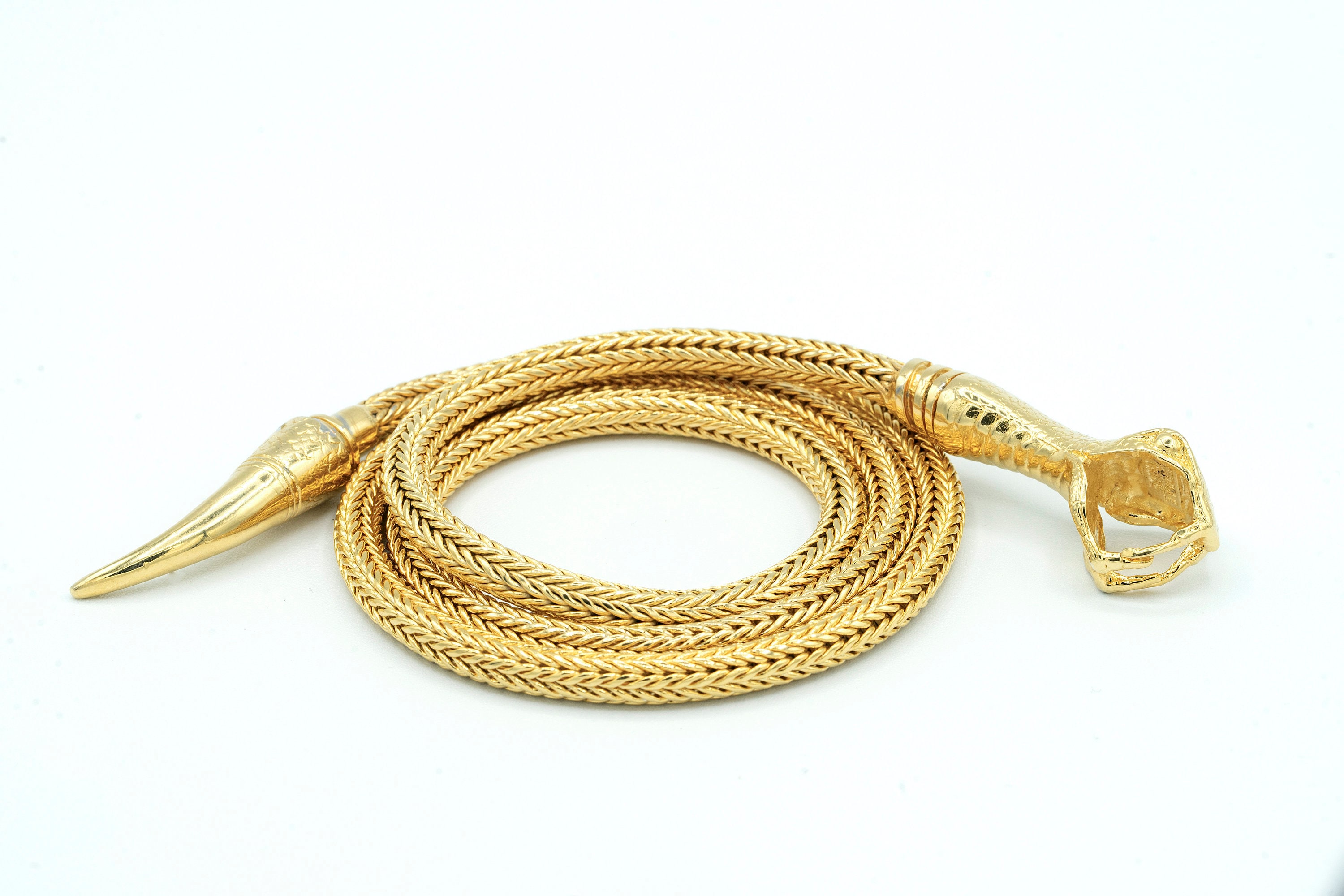 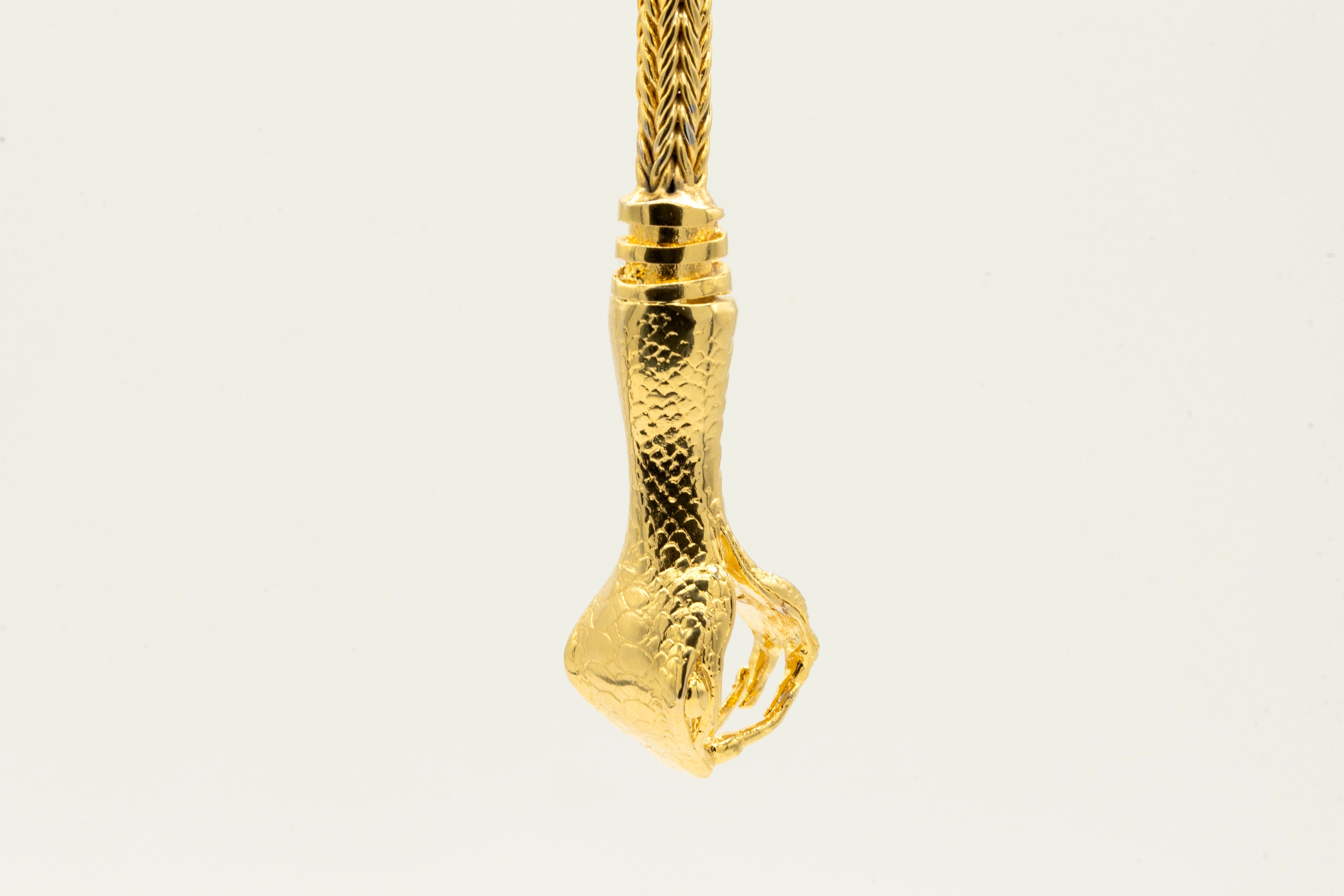 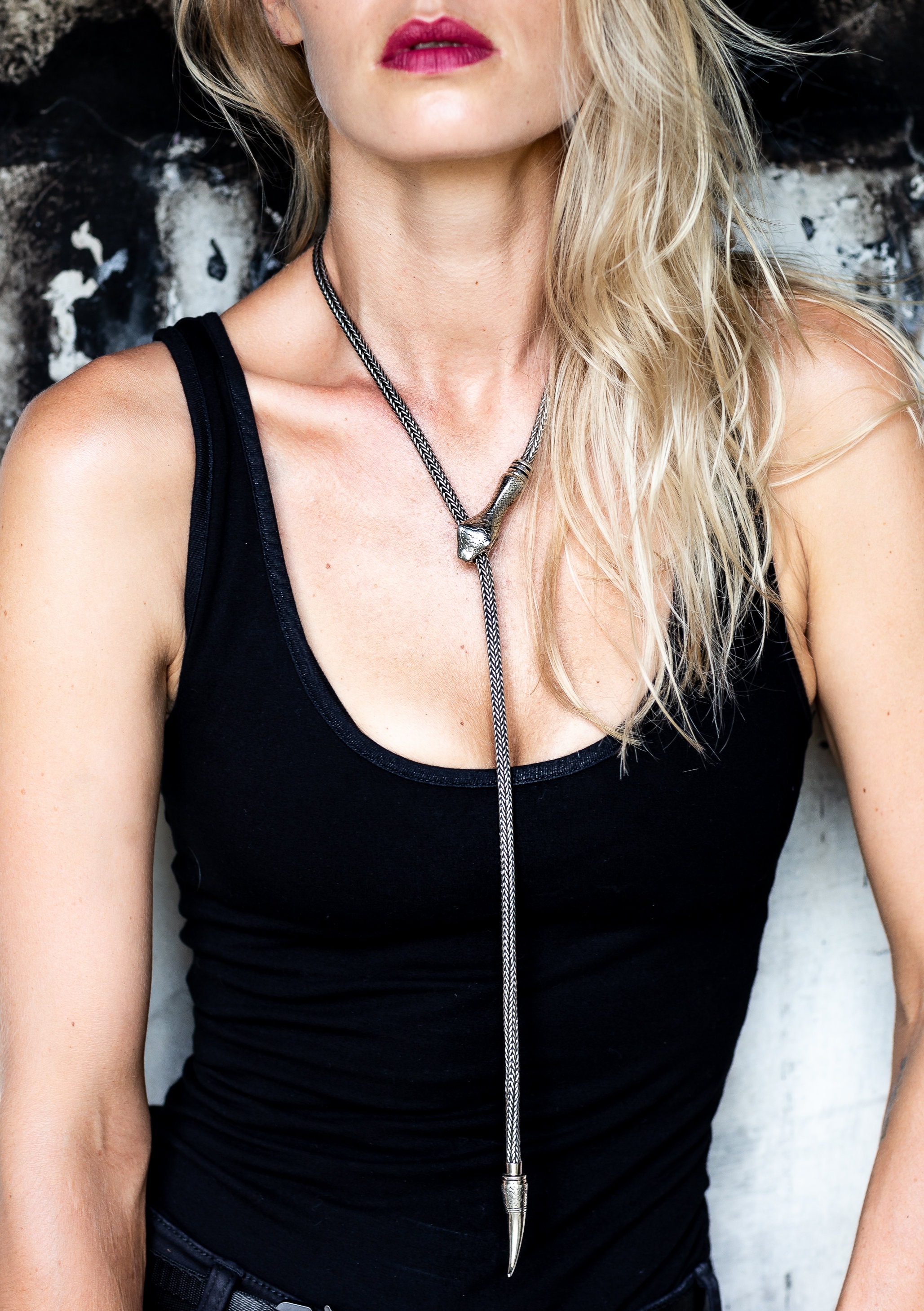 The Ouroboros is an ancient symbol depicting a serpent or dragon eating its own tail. The name originates from within Greek language; (oura) meaning "tail" and (boros) meaning "eating", thus "he who eats the tail".


The Ouroboros represents the perpetual cyclic renewal of life and infinity, the concept of eternity and the eternal return, and represents the cycle of life, death and rebirth, leading to immortality, as in the Phoenix.
Societies from throughout history have shaped the Ouroboros to fit their own beliefs and purposes. The image has been seen in ancient Egypt, Japan, India, utilized in Greek alchemic texts, European woodcuts, Native American Indian tribes and the Aztecs. It has, at times, been directly associated to such varying symbols as the Roman god Janus, the Chinese Ying Yang, and the Biblical serpent in the Garden of Eden.


All that stuff sounds cool, but let's not forget the important thing about it: how it looks.
You can wear it with everything and the uniqueness of how it is worn and the detail of the chain will get lots of attention from everyone.

Handmade chain, head and tail are made out of brass, then 14K Gold Plated.